Okay, they have some things in common, such as involving words and images, being bound into books, and being created by humans.

If you’re still waiting to be convinced that graphic novels are a valid form, I have two examples to convince the most skeptical reader and rebuttals to a few of the more common arguments against the 9th art.

Comics are for children. The graphic novel is just an extended form of the Sunday funnies.

Now that is funny.

I completely understand the common tendency to assume that all things comic-related are childish, easily digestible, and base. This is a long-held assumption in the Western world. The association is backed by the simplicity of images, the superhero association, and the 10-year-old male audience base for newspaper comics we all know so well. The graphic novel certainly can take on this form, but many of the biggest names in the field work against these associations. Take a look at David Mazzucchelli’s Asterios Polyp for a moment and reconsider. 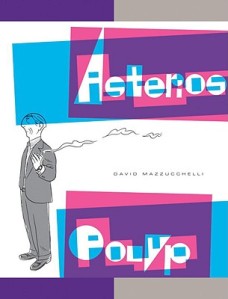 Mazzucchelli uses CMYK to make meaning in his text, giving the two main characters more dimension through colorization. He uses drawing styles to denote conflict between characters. He uses images to say something about the subtleties of romance that words fail to convey. A master both of word and image, Mazzucchelli’s masterpiece could be broken up into individual images and praised page for page, but as a medium to tell a moving and devastating story, it is more than just a sequence of breathtaking imagery. It is likewise more than a moving written story.

Graphic novels are dumbed down and too simple. They’re for people who can’t read and need images to help them understand what’s going on.

Wow, anonymous critic, you’ve led me to my next point perfectly! If Asterios Polyp disproves the misconception that the images in graphic novels are simplistic, Allison Bechdel’s Fun Home does the same for the words between those images.

In Alison Bechdel’s Fun Home: A Family Tragicomic we see the boundaries of comics simultaneously upheld and crossed. Detailing the events of Bechdel’s unusual childhood and strained relations with both of her parents, Fun Home is meticulously pieced together, producing something more archival and literary than one might expect. While maintaining traditional panel layouts throughout most of the comic, the content is often text-based and life-like. The reader feels like a voyeur pouring over every suspect detail of Bechdel’s life. Unlike the autobiographical comic that one might expect in which an explicit chronological narrative unfolds by illustrating those events which make for a good story, Bechdel includes painstakingly recreated pages from her diary entries, from her father’s letters, from literary texts, maps and even her family’s behemoth dictionary to create a non-chronological masterpiece that reads more like a novel, interwoven with literary parallels than a standard autobiography.

The text so predominates the image that I’ve heard others say that they found it difficult to read. I don’t necessarily agree. I found it wildly engaging and well-written, riddled with references to classic literature (both of Bechdel’s parents are English teachers. How could she resist?) and effectively convincing the reader to stay captivated. It is her obsessive nature which makes Fun Home such a hit. If Bechdel had lost her childhood diaries, had not found her father’s police records, posed for each image in the novel (proof below), the novel would not have the precision which makes it so impossible to put down.

Without the images, Bechdel’s story would still be phenomenal. She would still be a gifted writer and I would probably still appreciate her work. When juxtaposed with her simple yet explicit images (clearer and more exact images representing archival recreations and classic comic style representing elements of the story) it is another masterpiece of its own right.

You’re very convincing, Courtney. Where should I look for more graphic novels?

Well, anywhere books are sold, my dear lady! There are so many choices out there! I’ve introduced you to two of my favorites, but you might also consider two others, Craig Thompson’s Blankets or Daniel Clowes’ Ghost World. In the upcoming weeks I’ll have a review of David B.’s Epileptic on this very blog. Here’s a list of the basics if you’re interested in diving in! 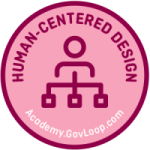 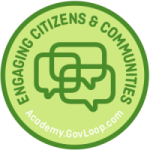